Prince Harry has fueled speculation he has rekindled his romance with ex-girlfriend Chelsy Davy — after the pair spent the evening partying together. 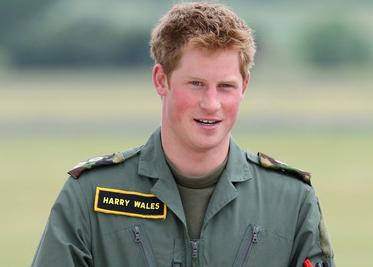 “It was great to see them together,” a source told the UK’s The Sun. “They are clearly great friends and spent much of the evening locked in conversation.

“Chelsy was on top form.

“She was wearing a sexy black dress which was so low cut it left little to the imagination.

“And it was obvious that Harry couldn’t take his eyes off her.”

Harry and Chelsy split earlier this year after dating on-and-off for five years.

Harry, 24, apparently has a long way to go before he wins her back.

“Chelsy’s been flat out with her law finals and he’s been busy on his flying course,” the source added.

“However, the fact they enjoyed an evening together is a big step.”