Daniel Radcliffe, the star of “Harry Potter”, is suffering from a series of strange nightmares about a crazed cricket star stalking him. 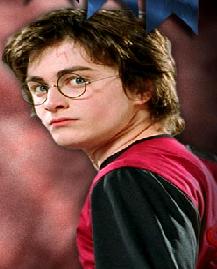 The 17-year-old actor, who just signed a whopping $50 million (GBP25 million) contract to star in the next two Harry Potter films, admitted he’s an avid fan of the sport, but has no clue what inspired the creepy dreams.

Daniel Radcliffe revealed, “I’ve dreamt I’m being stalked by an England cricketer. I don’t know what prompted it – although I’ve been watching huge amounts of cricket – but for some reason Andrew Stauss was being paid to stalk me.” He added, “I woke up with a cricket bat in my hand.”