Daniel Radcliffe revealed his plans for his own funeral by expressing his desire that his ashes would be fired from cannon. 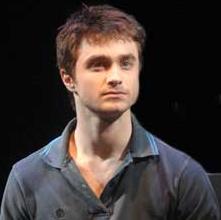 The “Harry Potter” actor plans to go out in style when he dies after being inspired by a TV show.

The 18-year-old actor, who plays the role of a soldier during World War I in his new TV movie, revealed, “I’d like my ashes to be fired out of a cannon with ‘Let him RIP’ on the urn. I saw it on TV once ─ brilliant!”