Daniel Radcliffe was once had a stalker, which is a girl that called herself as “Mrs. Radcliffe”. 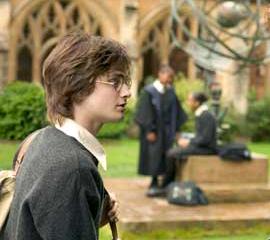 The “Harry Potter” actor has revealed that he got an obsessed fan that followed him around New York and tried to jump into his car when he was stopped at a set of traffic lights.

The young star revealed, “I’ve never had stuff from fans that’s actually freaked me out. But I did have one moment you’ve just got to laugh at. ‘Mrs Radcliffe’, as she called herself, followed us around New York. I was on the publicity trail for “Harry Potter and the Goblet of Fire” and we pulled up at traffic lights next to her car. She leant out of the window and left her legs in her car and flung herself over and tried to get into our car.”

The young actor added, “It was one of those moments where you think, ‘You’re really devoted, but you’re a little bit scary as well’. I think she was being carted around by her dad, and you think, ‘You should know better, sir!’ “