Johnny Depp showed a dandy look as he ditched the skull and crossbones gear for film fest attire. 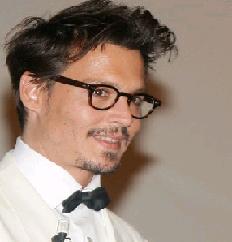 The “Pirates of Caribbean” actor appeared in Venice with a white tux and bow tie. He showed up in the event while presenting for his director friend Tim Burton with the Golden Lion statuette for lifetime achievement.

He was spotted wearing an assortment of chunky rings visible on both hands. The actor was obviously resembled a Hollywood hotshot, right down to his snazzy cream shoes.

After the success of “Pirates of Caribbean” film, the actor has another film entitled “Sweeney Todd” for this year.