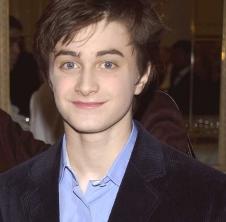 The actor revealed, “It was the most exhilarating thing I have ever done. I did it to shake up people’s perception of me. People tend to think I’m a Peter Pan figure, but I’m definitely not, I promise you.”

The 17-year-old actor confesses he is tired of the cute, clean-cut character he got after starring in the first “Harry Potter” film.

He revealed, “I had a hideous reaction when I saw a screening of ‘Harry Potter’ and there was a clip from me in the first film and I just heard loads of girls go, ‘Ahhh’. That was just soul destroying.”

The actor got enthusiastic reviews for his performance in the recent play “Equus.” He could be seen in the fifth Harry Potter film next month.