David and Victoria Beckham have topped a new magazine poll for “Most Overrated People, Places And Things.” 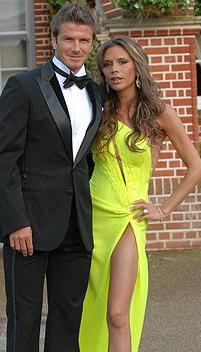 The Radar magazine has named the famous couple at the top of its new over-hyped list – ahead of cupcakes, Botox and Brad Pitt.

Michael Musto, the writer, calls David Beckham as “overpaid” and his wife Victoria as “a pointless collection of body parts.”