David Archuleta revealed that he has filmed his guest star appearance in “Hannah Montana” show and said Miley Cyrus is ‘cool’. 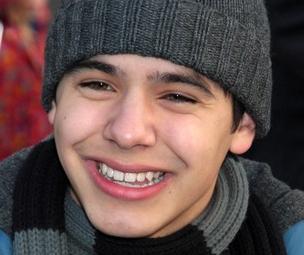 It has been confirmed by David Archuleta himself that he will appear as a guest star in an episode of “Hannah Montana”. The runner up for “American Idol” seventh season raved about his experience filming his cameo in L.A. last week for the series starring Miley Cyrus.

He wrote on his blog live from Virginia: “It was another thing I was really nervous about and wasn’t really sure about at first. However, once I got there I had a great time! Everyone there was fun and Miley was a cool person to hang out with. She has a lot of energy and is really funny haha. Getting to watch how they rehearsed the scenes for the show was really cool too.”

David Archuleta then admitted that he has never watched the show prior to his stint but said that it’s so “funny watching the other scenes”.

He continued: “I think it’ll be fun to see how the whole show runs altogether, because it was just cool to see how great of actors the other kids were.”

No episode or date of his cameo are mentioned. This would be his second appearance as a guest star in a TV series for previously he had appeared in an episode of “iCarly” as himself.

David Archuleta is in the middle of promoting his self-titled debut album in a tour that will run through May in Europe.