“Twilight” leading man Robert Pattinson might be a bit nervous about presenting at the 81st Annual Academy Awards, but he allegedly grew comfortable with the aid of Natalie Portman and whiskey. 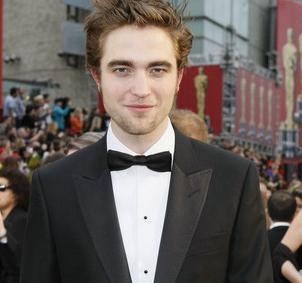 The “Star Wars” actress was said to be getting up close and personal with the British heartthrob at the posh Vanity Fair Oscar Party.

A pal of Robert Pattinson revealed after the pair was spotted talking to each other at the party: “[Portman] seemed really into him and went right up to say hello once she spotted him.”

Although the pair were seen chatting it up at the party, the 22-year-old actor reportedly went home alone.

In related news, Natalie Portman is also rumored to have been dating Brazilian actor Rodrigo Santoro for about a month. “They are trying to keep a low profile, but he is a very sweet guy,” a source revealed to In Touch Weekly.