Runner-up of “American Idol” 7th season David Archuleta has released a music video for his single entitled “Touch My Hand”. 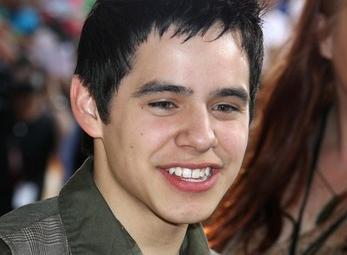 In the video, the 18-year-old singer is seen making a stop at House of Blues in one of the U.S. major cities on his on-going roadshow. It also pictures David performing a live concert at the venue.

“Touch My Hand” comes from his self-titled debut album “David Archuleta”, which was released last November. It is the second single which the music video is made after “A Little Too Not Over You”. However, the release date for the song is yet to be published.

In related news, David Archuleta currently is touring to promote his debut studio album. He will perform in Blackpool, London, Portsmouth, Manchester and many other cities in U.K. before visiting Cambridge Corn Exchange for the last stop. He is also set to support Demi Lovato in her upcoming tour in Hartford, Connecticut on June 21.

Although he has a tight schedule, David spends some of his time to return to the Idol stage. He is set to serenade “A Little Too Not Over You” in the result show of the reality singing contest on April 22.