Lindsay Lohan reportedly is in talks with Broadway director/choreographer Jerry Mitchell to take the lead role in his “Peepshow”, which will require her to strip down to almost nothing. 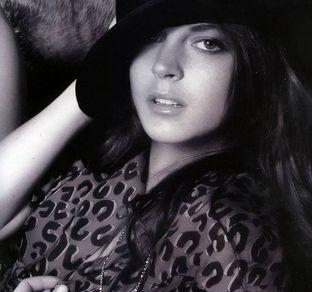 Rumors have been mounting all over the web that Lindsay Lohan is in talks to take the lead role in Las Vegas striptease show “Peepshow”. Spotted attending the show’s grand opening on Saturday, April 18, she was said meeting with Broadway director/choreographer Jerry Mitchell to take over the particular part from actress Kelly Monaco when the star leaves the show by the time her three-month contract ends.

A source said: “People forget that she (Lohan) is a ‘triple threat’ – she can act and sing and dance. She feels that this would really revitalize her career and give her some serious theater cred.”

Moreover, the report cited Lindsay as gushing to her celebrity friend Melanie Brown who is part of the show, “If they make me an offer, and the money’s right, I’ll do it.” In the wake of the report, it has been claimed that producers of the show are still deciding among Lindsay, Holly Madison and Brooke Burke.

Not giving exact answer if he will accept Lindsay to star in “Peepshow” or not, Jerry simply said: “I think she would be great in the show. I would need to meet with her and dance a bit as I would with anyone who would love to be a part of ‘Peepshow'”.

Jerry explained: “On Kelly’s role that Lindsay reportedly eyes, when the character strips she does it because she has learned to be strong by the other character/dancers in the show, and by watching them take charge with their considerable assets. I am sure I could do the same for Miss Lohan.”

He added: “The show is a perfect match for Lindsay and her beauty as well as her acting talents.”

UPDATE: Lindsay Lohan‘s representative Leslie Sloane has confirmed that there is no truth to rumors of the actress-singer meeting Broadway director/choreographer Jerry Mitchell to score a starring role in his Las Vegas striptease show “Peepshow”. “She isn’t interested at this time but it seems people are out there saying she is doing this,” according to the representative.