David Archuleta checked in with fans on his YouTube channel while backstage at DTE Energy Music Theatre in Clarkston, Michigan on Tuesday (August 18). 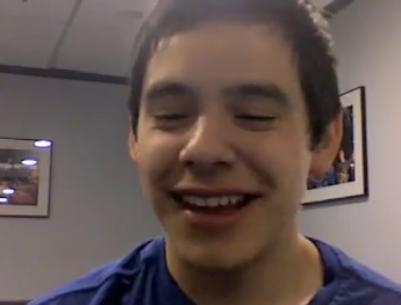 The ‘American Idol’ season seven runner-up was on the latest stop of his tour with Demi Lovato and Jordan Pruitt. Archuleta talked about prefering amphitheater gigs, doing a lot of solo shows recently, expressed excitement about his voice being back, and having his friend Ashlee on tour with him.

“I’m so happy to have a voice again, to be able to talk to you all,” David told viewers.

“I know I’ve been on voice rest for the last week or something.” Watch the lengthy video clip, which David confessed was “pretty pointless.”