“American Idol” season seven runner up David Archuleta is headed back to the “Idol” stage and he will be joined by some iconic disco stars! 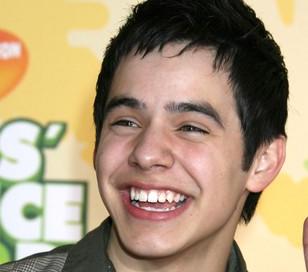 Tuesday April 21 the top 7 “Idol” finalists will perform songs from the disco era.

The following night Archuleta will perform his new single “A Little Too Not Over You,” and disco stars Harry Wayne “KC” Casey (of KC and the Sunshine Band), Thelma Houston and Freda Payne will perform a medley of their hit songs “Get Down Tonight,” “Don’t Leave Me this Way,” and “Band of Gold.”

Fans have been talking about it for a few days now, but finally there’s an announcement, plus a list of tour dates.

The 47-city North American tour, kicks off June 21 in Hartford, Conn and winds up in Manchester NY August 24th. Demi starred in the hit tween movie, Camp Rock last summer with the Jonas Brothers and is currently in the studio recording her second solo album.

David will begin a UK tour with the Brit band McFly, right after he appears on next week’s Idol Top 6 results show. He had to cancel the first couple of UK tour dates to accommodate Idol and will now join McFly in Edinburgh, Scotland on April 24.