David Archuleta, who previously talked about being solo, is still promoting his self-titled debut album. 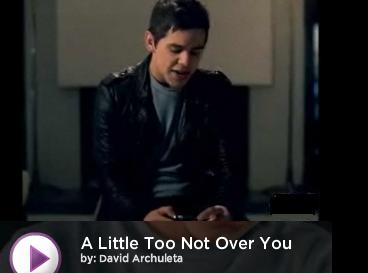 The “American Idol” Season 7 runner-up just premieres a music video in support of his new single “A Little Too Not Over You”.

The clip for “A Little Too Not Over You” was shot by Scott Speer, who also did Ashley Tisdale’s “He Said She Said” and Jordin Sparks’ “Tattoo”.

In the music video, David recalled the times he spent with his former girlfriend through a digital camera.