Nicole Richie is not working on an album. Nor is she seeking musical advice from Rihanna or Kelly Osbourne, as a recent report suggested. 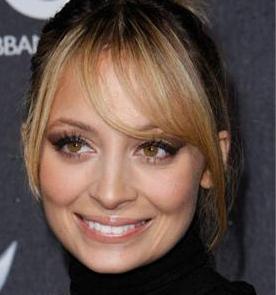 However, Nicole Richie hasn’t ruled music out completely, saying: “I do eventually [want to record an album], but right now I have a lot on my plate. I’ve really been working hard – going on auditions for acting, doing design for my line, and being a mom – so that pretty much takes up my days.”

The 27-year-old star, who recently guest-starred on an episode of NBC’s Chuck as a butt-kicking former cheerleader, continued: “Right now I’m reading scripts and really trying to take my work seriously.”

Earlier this month, Nicole Richie launched her first jewelry line, House of Harlow 1960, and already has plans to expand it as she explained: “I’m going to do every accessory from sunglasses to belts to shoes. Clothing could be last just because it’s such a big job. I’m really excited to be going full force into the world of design. It’s a lot of work, but I love it.”

For right now Richie is focused on the holidays, which she plans to spend in L.A. with Madden and their 11-month-old daughter Harlow. She added: “I’m a huge Christmas person. It’s my favorite time of year, and I’m really excited to now get to re-live my childhood all over again.”

As for how her Christmas shopping going, she replied: “Oh, I haven’t even started!”