“Down to earth, but still fun and tries new things,” are some of the qualities that a girl must have if she wants to win David Archuleta’s heart. 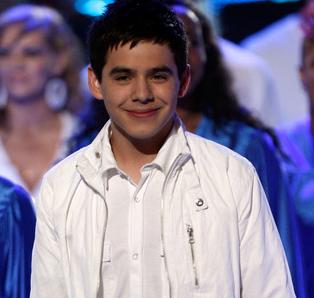 Not dating anyone at the moment, David Archuleta has revealed some of the qualities a lady should have in order to win his heart. Speaking to Radar Online at the orange carpet of Nickelodeon’s 22nd Annual Kids’ Choice Awards, the “American Idol” champion said his ideal girlfriend would be a girl who is “down to earth, but still fun and tries new things.”

The girl, moreover, should be “concerned about other people” and “not totally into themselves.” There have yet words if David has set his eyes on particular girls or when he wants to start dating.

David Archuleta struck a pose at the 2009 Kids’ Choice Awards held at UCLA’s Pauley Pavilion in Los Angeles on Saturday afternoon, March 28, alongside “American Idol” judge Paula Abdul. During the ceremony, the duo accepted the award for Favorite Reality Show for the popular singing competition.