David Archuleta, who previously talked about his single “Crush,” is set to make his acting debut in an episode of Nickelodeon’s iCarly. 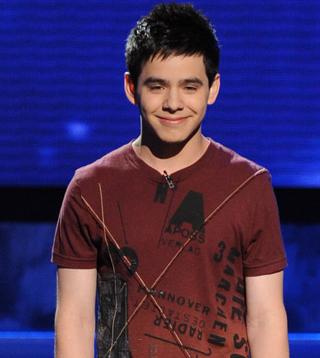 The “American Idol” Season 7 runner-up will play as his real self when the cameras roll on Thursday, Nickelodeon confirms. iCarly centers around a high school student, played by Miranda Cosgrove, who runs a video blog with her friends.

In the episode titled “iRocked the Vote,” the 16-year-old singer, who plays a contestant on an Idol-style show called America Sings. He gets a huge spike in votes after winning support in an iCarly webcast.

David Archuleta recently released his first music video for the song “Crush,” which will appear on his self-titled debut album, due Nov. 11 on Jive Records.

His episode of iCarly will air next spring.