David Beckham was claimed to be speeding, pulling in and out of carpool lane and breaking a couple of traffic laws. 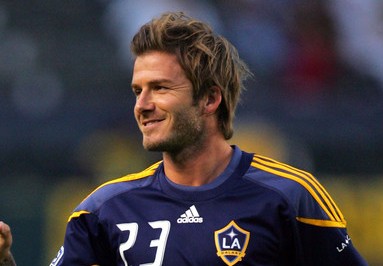 The soccer star rear-ended another car with his Black Escalade on one of the busiest highways in Los Angeles and the other driver had to be taken to the hospital. His son Brooklyn was in the car with him at the time but David was not arrested or cited. His spokesman revealed that David was not cited by the police at the scene for any violations.