David Beckham, a Los Angeles-bound soccer star, will reportedly take to the stage at the DIANA, PRINCESS OF WALES memorial concert in London this summer. 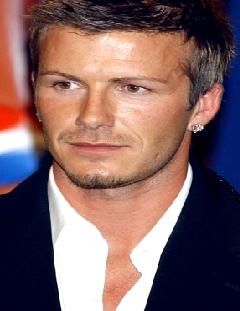 The former England captain has been invited to the concert as guests of Princes William and Harry, and it is believed the appearance will be his last in Britain before his summer move to join LA Galaxy in Los Angeles.

The sports star is expected to introduce Sir Elton John and Take That onstage, according to report in British newspaper The Sun. The concert will be staged at Wembley Stadium on 1 July to mark what would have been the Princess’ 47th birthday.