Lindsay Lohan, the Hollywood actress, is looking for retribution after a former bodyguard revealed her intimate secrets in a tell-all book – and has begun by posting his mobile number on the internet. 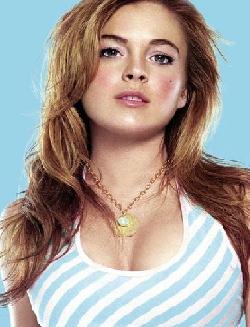 The Mean Girls star posted Lee Weaver’s number on her MySpace page and urged her followers to bombard him with abusive phone calls. Lee Weaver worked for Lohan for two years, but quit when her wild ways became too much for him to handle.

And now Lee Weaver’s forthcoming book, which will reveal all about the star’s drug use, partying lifestyle and post-party lesbian trysts, is ready to hit the stores. Lindsay Lohan has urged her fans to take action. She writes, “He ran to the press to get a couple of dollars. Give Lee a piece of your mind.”