David Beckham is wearing tight underwear in a proposition to increase his chances of conceiving a baby girl with his wife Victoria. 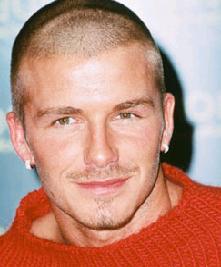 The couple, which has three kids, has made no secret of their hope of having a daughter.

The soccer player revealed the lengths he is willing to go to have a girl, saying “I’ll be changing my diet and wearing tight pants (underwear).”

He also revealed that he hoped and wanted to have a large family, adding, “It’s lucky we wanted around the same number. We both want four or five.”