Police are speculating that accidental suffocation, not suicide, may have caused the death of American cult actor David Carradine, whose body was found in a hotel closet in the Thai capital with a rope tied to his neck, wrist and genitals. 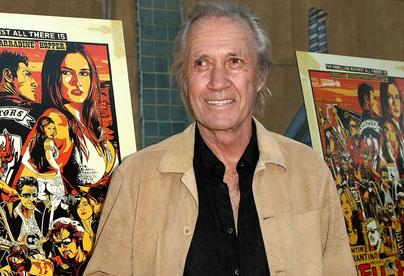 Celebrity blogs and social networking Web sites were abuzz with news of the death of Carradine — best known for the 1970s TV series “Kung Fu.” The circumstances under which he died have led to speculation that the 72-year-old actor may have been engaged in a dangerous form of sex play known as auto-erotic asphyxiation.

The practice involves temporarily cutting off the supply of oxygen to the brain to heighten the effects of a sexual climax.

Carradine’s body was discovered Thursday morning in his luxury suite by a chambermaid at Bangkok’s Swissotel Nai Lert Park Hotel, said its general manager, Aurelio Giraudo. Police embassy representatives while preparations were being made for its repatriation to the United States, expected to be in the next few days. Under U.S. privacy laws, the embassy is not allowed to release further details without permission of the family of the deceased.

Dr. Nanthana Sirisap, director of Chulalongkorn Hospital’s Autopsy Center, told reporters that the autopsy was conducted because of the “unusual circumstances surrounding Carradine’s death,” but did not elaborate.

Police Lt. Teerapop Luanseng had said Thursday that Carradine’s body was found “[email protected], hanging in a closet,” and police at that time suspected suicide. However, no suicide note has been found.

Carradine’s friends and associates insisted he would not kill himself.

“All we can say is, we know David would never have committed suicide,” said Tiffany Smith of Binder & Associates, his management company. “We’re just waiting for them to finish the investigation and find out what really happened. He really appreciated everything life has to give … and that’s not something David would ever do to himself.”

Pornthip Rojanasunand, director of Thailand’s Central Institute of Forensic Science, said the circumstances suggested that Carradine may have died performing auto-erotic asphyxiation, which is said to result in a form of giddiness and euphoria — similar to alcohol or drug intoxication — that enhances the sexual experience.

“In some cases it can suggest murder, too. But sometimes when the victim is [email protected] and in bondage, it can suggest that the victim is doing it to himself,” said Pornthip, who is considered the country’s top criminal forensics expert but who did not take part in the autopsy. “If you hang yourself by the neck, you don’t need so much pressure to kill yourself. Those who get highly sexually aroused tend to forget this fact.”

Carradine had flown to Thailand last week and began work on a film titled “Stretch” two days before his death, Smith said. He had several other projects lined up after the action film, which was being directed by Charles de Meaux.

Carradine was in good spirits when he left the U.S. for Thailand on May 29 to work on “Stretch,” his manager Smith said by phone from Beverly Hills.

Monica Donati, a spokesman for the French film company MK2, which was making “Stretch,” said in statement from Paris that the film crew in Bangkok was “clearly shocked” by Carradine’s death but would finish shooting. Carradine only had three more days of filming left in Bangkok, she said.

“David was apparently very happy about this new role and about filming again,” she said.

Hotel manager Giraudo described Carradine as “very much a person full of life” who chatted with the staff.

“He was a great piano player and played a few nights in the hotel lobby,” he said, “He also played the flute and the guests really enjoyed it. I mentioned to him that I had seen (the movie) ‘Crank’ with my family and that was the last smile he gave me.”

Carradine, a martial arts practitioner himself, was best known for the U.S. TV series “Kung Fu,” which aired in 1972-75. He played Kwai Chang Caine, an orphan who was raised by Shaolin monks and fled China after killing the emperor’s nephew in retaliation for the murder of his kung fu master.

Carradine also appeared in more than 100 feature films with such directors as Martin Scorsese, Ingmar Bergman and Hal Ashby.

He returned to the top in recent years as the title character in Quentin Tarantino’s two-part saga “Kill Bill.” Bill, the worldly father figure of a pack of crack assassins, was a shadowy presence in 2003’s “Kill Bill — Vol. 1.” In that film, one of Bill’s former assassins (Uma Thurman) begins a vengeful rampage against her old associates, including Bill.