American Idol champ David Cook opens up to Life & Style about fan gifts, kissing for work, and all the great opportunities he’s had. 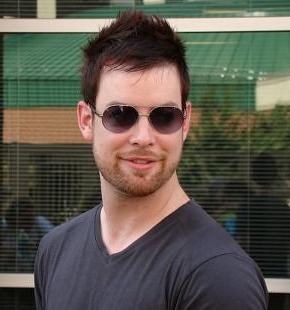 Here are the highlights of the interview that the 26-year-old shared:

On celebrating the success of his self-titled new album, which has sold more than 1 million copies: “It’s been nuts. I’ve gotten to do some amazing things, like perform for the troops in the Middle East and throw out the first pitch at a Kansas City Royals baseball game.”

On being amused by some of the gifts he receives from fans, like a cooler filled with ice and QuikTrip Taquitos, his favorite food: “[I tried to ship it to his home in Tulsa, Okla.,] but by the time it got there, it was just a box of moldy food. I got a phone call from my mom asking, ‘What’s wrong with you?’”

On filming the video for his single “Come Back To Me”: “I had a kissing scene. You watch stuff growing up, and I always thought I couldn’t imagine how uncomfortable that would be. Now I know! [Disturbia’s Sarah Roemer] knew what she was doing. I kept apologizing the whole time.”