Angelina Jolie and Brad Pitt have put an entire room between them to keep the peace following Brad’s alleged encounter with their nanny, it’s claimed. 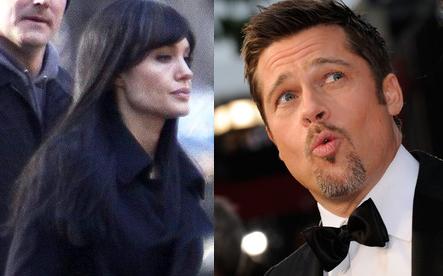 The couple are said to be sleeping in separate rooms after Angelina supposedly walked in on the Fight Club star as he was giving the nanny a massage on their bed.

And it seems Angie is definitely one to bear a grudge.

A source revealed: “Angie is still very angry over the nanny thing. Right now, the separate bedrooms arrangement seems to be the best thing for them. Brad doesn’t want to face her cold fury every night.”

The source added: “Brad is so unhappy about sleeping solo that he’s even taken to ‘camping out’ with the kids in sleeping bags inside little tents in their rooms. He tells them it’s because Mommy’s working late again, but it’s really because she banned him from their bedroom.”