David and Victoria Beckham were spotted while they showed up for the Royal Wedding of Prince William and Kate Middleton at Westminster Abbey in London, England on April 29. 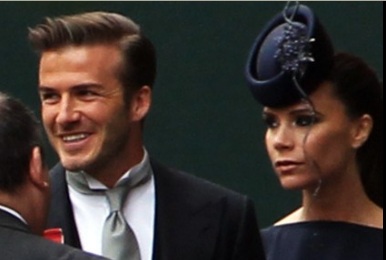 The former Spice Girl was sporting one of her very own Autumn/Winter 2011 collection frocks while on the arm of her soccer star husband. The marriage of the second in line to the British throne is to be led by the Archbishop of Canterbury and will be attended by 1900 guests, including foreign Royal family members and heads of state.