Rising Disney star Demi Lovato admires Miley Cyrus and says it would be an honor if she accomplished half of what the Hannah Montanna star has achieved but she would prefer to do so as Demi. 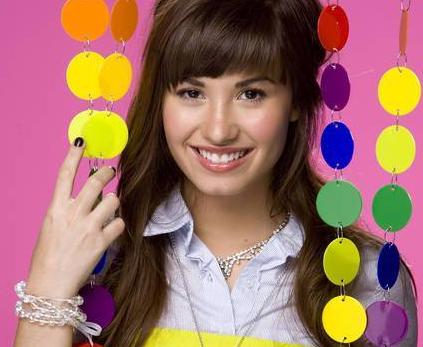 The 15-year-old actress and singer, who is widely perceived as a possible successor to Miley Cyrus, revealed, “I am who I am. I’d like to be Demi Lovato. If I can accomplish half of what [Miley’s] done, it’d be an honor, but I’d like to do it as Demi.”

Demi Lovato, who can sing, dance, act and plays two musical instruments, started acting at the age of six. However, Disney Channel’s recent made-for-TV musical, Camp Rock, with the Jonas Brothers was her big break. In it she plays, Mitchie Torres, a talented teen singer who wants to become a pop star.

Demi Lovato, who provides the opening for the Jonas Brothers on their currently underway Burning Up Tour, is recording her debut CD. The Jonas Brothers have helped her write 11 of her album songs.

The teenager cannot believe the adulation that she receives from her fans during performances.

Demi Lovato added: “The best part is the very second that I run out onstage after they say, ‘Ladies and gentlemen, Demi Lovato,’ I run out and people scream. It’s surreal, because I go to concerts and I’m the one screaming, and [now] they’re excited for me. It’s just a great feeling.”

Demi Lovato who has starred in TV series such as Barney & Friends and As the Bell Rings is now set to star in her own Disney Channel sitcom Welcome to Mollywood that begins production in September 2008. In it she plays Molly, a fifteen year-old small town girl who is given the chance to leave the country-side to join the cast of a long running teen sketch comedy series.