Kate Middleton refused to upgrade to first class during a recent flight. 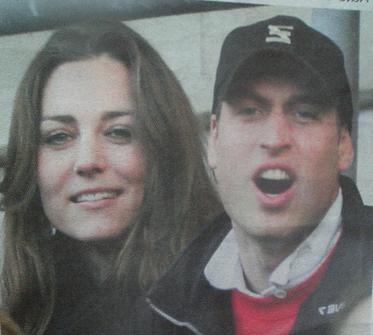 The girlfriend of Britain’s Prince William, who was on her way to meet the prince in Barbados, amazed airline staff this week when she turned down their offer of a better seat.

The 26-year-old beauty also insisted cabin crew treated her like any other passenger, saying: “Please call me Kate.”

A source revealed: “She may be dating the future king but she’s so down to earth. It’s the first time we have had a passenger turn down the chance of an upgrade.”

The brunette beauty may be dating the future king but she’s so down to earth. It’s the first time we have had a passenger turn down the chance of an upgrade.

The first class ticket for the flight was worth £7,000.

Kate Middleton was making the 6,000 mile journey to the Caribbean to see the prince as he steps off the HMS Iron Duke, where he has been serving a five-week secondment.

The royal couple are rumoured to be spending next week on holiday in Mustique.

A source explained: “Kate has really missed William. She is looking forward to spending some quiet time alone together.”

Prince William, who is known as Sub lieutenant Wales on board the British Royal Navy vessel, has been busy patrolling Caribbean waters for drug smugglers, and has so far been involved in two drug bust operations.

The source added: “As soon as the prince steps off the ship, he’ll be determined to change gear and take some time out to be with Kate. They both agreed it was a perfect plan to enjoy two weeks together.”