Demi Lovato, who has debut album “Don’t Forget” on September 23, admitted that she has never dated Joe Jonas even though she played his love interest in the recent Disney film “Camp Rock.” 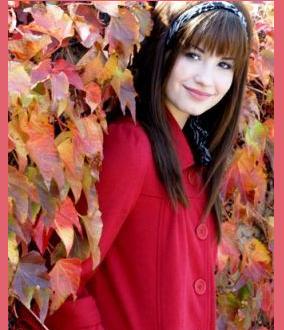 The 16-year-old Disney star, who provided the opening act for the Jonas Brothers’ Burnin Up tour, declared: ”Joe and I never dated. We’re really good friends. I just think it’s funny that people try to pin me to them. It’s like, Oh, come on! I think [if I were going to], I would have dated one of them by now!”

All the Jonas Brothers are great friends, who helped her write 11 of her album songs. She even has a duet with them on the album.

Demi Lovato lamented: “Any girl that is a friend of the Jonas Brothers gets hate mail and is automatically suspected as a girlfriend.”

The teen star also admitted that she didn’t take offense at Miley Cyrus’ YouTube video that took digs at Demi Lovato and her good friend Selena Gomez, saying: ”Um, I really don’t know Miley [Cyrus] that well. We didn’t take offense or think it was a negative or a positive. It was just like, OK, cool, Hannah Montana knows who I am! She gave me advice on publicity and making it big, and she was like, ‘I hope you’re very successful.’ ”