Demi Lovato stirred controversy after her provocative photographs have leaked on the internet. 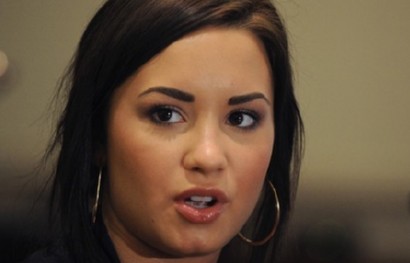 The images had appeared on Twitter, which showed the troubled Disney star had her top pulled down to expose her chest with her backup dancers.

The dancer, whom Demi recently punched, was also included in the picture.