In her to-be-published memoir, titled “Miles to Go”, Miley Cyrus addresses on such issues as her close relationship with father Billy Ray Cyrus and also her former boyfriend, which name isn’t mentioned. 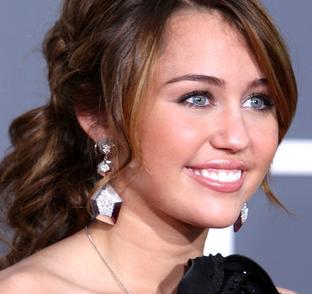 One of the issues that Miley Cyrus addresses on her upcoming memoir “Miles to Go” is her relationship with father Billy Ray Cyrus, which is often criticized by people as they consider the father-daughter duo as too “close and cuddly.” Defending their bond, the Disney star says, “For me and my dad it’s not weird at all.”

Blaming those who consider her relationship with her singer father as “weird”, Miley claims in her memoir, an excerpt of which has been obtained by the Associated Press, that she believes some people are simply “full of anger, hatred and bitterness.” Proclaiming her love for her father Billy, not taking into account the negative perception surrounding them, Miley insists she and her father “don’t let other people tell us what expressions we’re supposed to have on our faces when we take a picture together!”

The other issue that Miley discusses on her “Miles to Go” memoir is the media, which she claims often exposing her downfall. Regarding the fact, she hopes the media would instead center their attention on her “achievements.”

In addition to both topics, in “Miles to Go” which will be published next month by Disney-Hyperion Books, Miley Cyrus also writes down about her relationship with fellow “Hannah Montana” star, Emily Osment. Besides, she mentions about a certain ex-boyfriend, believed to be fellow teen idol Nick Jonas of the Jonas Brothers, which she mentions simply as “Prince Charming.”