Dianna Agron and Alex Pettyfer reportedly have gone their separate ways after less than a year of dating. 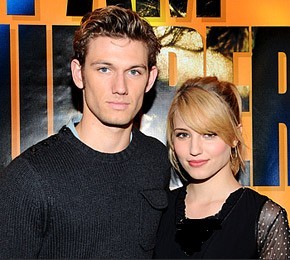 “I Am Number Four” co-stars, which is set up by director D.J. Caruso, broke things off. Dianna already moved out of the home she shared with her British boyfriend last week.

The news of their split was released 2 weeks after the pair avoided engagement rumors. Their sci-fi film “I Am Number Four” is in theaters now.