Did Adam Lambert lose American Idol to Kris Allen because of his sexuality? 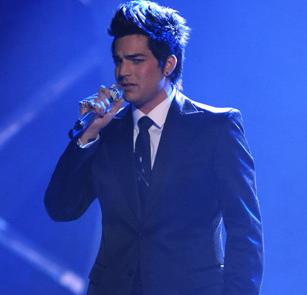 “It’s difficult not to wonder if Lambert’s sexuality played a role in Allen’s victory,” the Chicago Tribune’s TV critic writes. “Though he never said whether he was gay, pictures of Lambert kissing other men appeared on the Internet during Season 8.

“If Lambert’s popularity on Idol was any indication of how tolerant and accepting America has become, his loss may indicate there’s still further to go,” continues the Tribune writer.

Blog Examiner.com labels Lambert as “polarizing,” stating: “Adam was too gay for America.”

Lambert once again dodged questions on how his sexuality may have played into the results.

“If there’s anything that can come from this experience, and I hope that all the fans out there can pick up on, is that even if you’re really different, there’s a way to get along with each other,” Lambert continued. “And it’s not about ‘Oh, you beat me because of this,’ or ‘You, you’re different.’ It’s about finding the common stuff that makes it work.”

Ryan Seacrest pointed out on May 13’s episode that, of the 88 million votes cast that week, only 1 million separated Allen and Lambert. In an Usmagazine.com poll of 84,000 readers Tuesday, the contestants were virtually tied.

As the Seattle Times writes: “It’s hard to deny that some Idol watches may have indeed cast their vote in a bigoted fashion. But it’s also unfair to assume that Kris didn’t garner most of his votes by his own efforts.”