British actress Lucy Gordon who starred has been found dead in her Paris, France, apartment, after apparently commiting suicide. 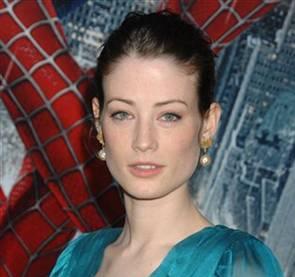 The star – who appeared in movies including Spider-Man 3, Frost, and Serendipity – was found hanged on Wednesday just two days before her 29th birthday.

She is believed to have been devastated after the recent suicide of a close friend in the U.K.

Lucy’s body was found at her apartment at la Rue des Petites Ecuries after her boyfriend alerted a nearby shopkeeper.

An unnamed detective said: “There were no suspicious circumstances. It appears that the young woman took her own life.”

Another officer revealeds: “It was an horrific scene. The young woman had taken her own life in terrible circumstances. We are not seeking anyone else. It was a clear case of suicide.”

Lucy had recently finished filming on a biopic of singer-songwriter Serge Gainsbourg in which she played British actress Jane Birkin.

Trailers for the movie were broadcast at the Cannes Film Festival earlier this week.

Director Joann Sfar and producers Marc du Pontavice and Didier Lupfer said in a statement: “(The film) owes a lot to the generosity, gentleness and immense talent of Lucy Gordon.”

An agent for Miss Gordon confirmed she had “ended her own days”.