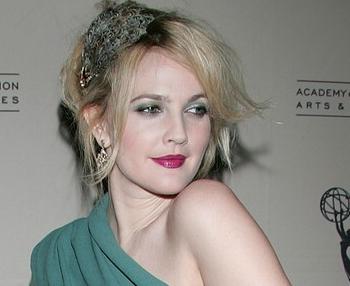 Despite the mounting rumors of her reuniting with ex-boyfriend Justin Long, Drew Barrymore insists she currently isn’t dating anyone.

Speaking about her single status, the movie beauty said at the Los Angeles premiere of her new film “Grey Gardens” on Thursday, April 16, “I love it! It’s great! I get to be who I am and do what I want and be with the people I love. I feel like I have everything, and I’m very fortunate, and it’s a very rich, fulfilling time in my life.”

The following day, during her scheduled appearance on “The Ellen DeGeneres Show”, Barrymore stressed that she and Long aren’t back on, claming they are just good friends. “We’re doing a film this summer,” she explained when referring to upcoming romantic comedy movie “Going the Distance”. “I guess people find it a little confusing. I totally understand. It seems like, ‘What is the deal with them?’ But we just adore each other. We’re in each other’s lives, and we’re friends, and we’re working together, and we have worked together,” she continued.

Asked if she would be jealous if Long dates another woman, Barrymore stated that instead of feeling so she would rather see the actor meeting “fantastic people because he’s a great guy, and he deserves the most happiness.” She then continued, “And, for me, I am still just not ready for anything. I’ve spent two years really with a very different life than I’ve had before. My priorities have changed. I directed a film. I did this drama [Grey Gardens]. It was something I’ve never done anything like … and I don’t know how to maintain a relationship to be honest, while I’m doing all of that.”