Drew Barrymore has come to blows with her boyfriend Justin Long. 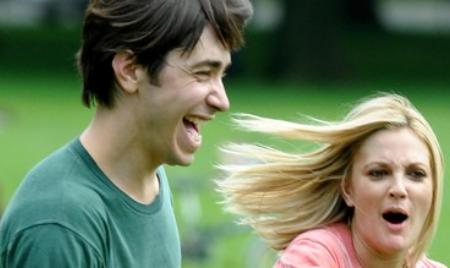 The couple — currently in New York filming new movie Going the Distance — reportedly got into a huge public fight over Drew’s determination to turn Justin into a big star.

“She’s determined to transform him into a leading man. But Justin is resisting. And they’re now beginning to clash in a way that is undoing their love.

“They were filming a scene when Drew stopped everything and decided to give Justin some acting suggestions.

“He was not receptive. The discussion escalated – and soon it was getting louder and louder.

“In the end, Justin huffed off to his trailer with Drew trailing behind.

“Once inside, they began yelling at each other!”