Drew Barrymore, the star of “Music and Lyrics”, would be the new face for fine jewelry line of Gucci. It was the first time that Gucci include a celebrity in their ad campaigns. 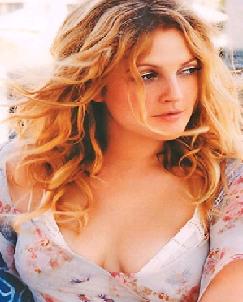 The actress will emphasize the importance of brand’s fine jewelry line with color images shot by Inez van Lamsweerde and Vinoodh Matadin in a Paris studio.

Frida Giannini, a creative director who was directly involved in everything from the makeup to the backdrop setting, revealed, “Drew brought wonderful energy and excitement to this project. She is such a strong and confident woman, but her humor and sensitivity made her completely disarming.”

The creative director added that she chose the Dutch photography duo for its ability to portray a classic image with a modern edge after several seasons of still-life ads. The campaign’s surroundings re-create a sensual environment as Barrymore lays on a golden beach decked out with lavish jewelry. Fine jewelry is a fast-growing category for Gucci, one that accounted for 4.5 percent of the company’s revenues of 2.1 billion euros, or $2.82 billion, last year.

The campaign launches in the September issues of fashion books worldwide.