Drew Barrymore, who stars in and produced the romantic comedy “He’s Just Not That Into You” has some answers to the questions of her fans. 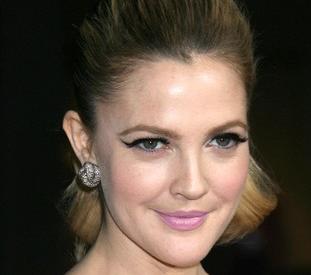 The actress sounds off on everything from her sunny demeanor and evolving looks to her musical obsessions and taste in guys.

You always seem to be in a good mood. How do you keep such a healthy outlook on life?
Barrymore: “I like projecting positivity. I believe that we are all fields of energy and you have the choice whether to be a positive or negative field of energy. I know that sounds hippie-ish but it’s what I believe fundamentally. So you could be a bag of toxicity, or you could be a happy, good person that spreads joy. I believe in spreading joy.”

I love your carefree, bubbly attitude. How do you keep such a positive attitude when life throws you curve balls?
Barrymore: Everybody goes through hardships and it’s your choice how to deal with them. Your choice should be to progress and to evolve, and to handle things with some level of graciousness. Yeah, life is hard sometimes – but I think you probably have to just realize, you know, that someone is probably experiencing something more difficult and to please work past it as expediently as possible.”

What is it that you’re looking for in a man, other than his good looks?
Barrymore: “I’m not a person who bases on looks, so Felix needs to get a clue [laughs]! No, I am a poster child for, you know, ‘Don’t judge someone by their looks.’ I think it’s about the person, about their sense of humor, it’s about their creative side, their adventurous side, and those are all the qualities that I still want in a man and continue to desire.”

You always change up your look for each role you play. Which has been your favorite look to date?
Barrymore: “Thank you for recognizing that. I love to be a chameleon and to try to not look and feel the same in every movie. Right now I’m really excited for people to see Grey Gardens [an upcoming TV drama, to debut in April], to see what I look like as I am emulating and honoring [the eccentric former debutante] Edie Beale – and all of her transformations!”

What advice do you have for current child starts hoping to stay in the acting business?
Barrymore: “Don’t be afraid of this weird taboo that you won’t succeed, because it can happen. I am evidence that you can survive.”

Did you make any New Year’s resolutions? If so, will you share one?
Barrymore: “I’d like to work on my book of photography. I’ve been taking photos for like 10 years so that’s a goal for this year. Even if I just start it … everything is just a mess and I need to archive it all. So I’d like to focus on my photography.”

What CDs do you have in your car right now?
Barrymore: “Department of Eagles, Santogold, MGMT and Little Joy. Best band ever; everybody go listen to Little Joy [her ex-boyfriend Fabrizio Moretti’s new band].”

Would you ever consider dating a guy who owned a gas station?
Barrymore: “I think my dating record shows that I definitely don’t believe in discrimination. So, yes – why wouldn’t I?”

For more of Drew – including her ever-changing looks, her diet and exercise philosophy, her favorite on-screen kiss and why she never hooked up with Adam Sandler – check out this week’s issue of PEOPLE, on newsstands Friday