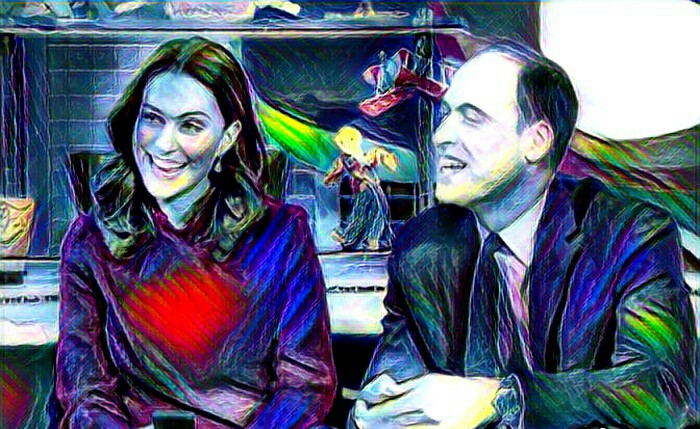 The Duchess of Cambridge seems to ignore royal tradition for a brief moment when she sweetly put a hand on her husband’s knee in the middle of an interview. The royal couple receive the Blue Peter honor for their campaign work around mental health issues affecting children. The 35-year-old prince thinks it is amazing and touching that they win a badge. He also thank the presenters Radzi Chiny and Lindsey Russell upon accepting his badge. The brunette beauty thinks that the honor is hugely special since mental health has been a learning process for us too. She also adds that they want to get everyone talking about it so it hasn’t got that stigma it’s had. Meanwhile, Duchess Kate and Prince William follow the footsteps of Queen Elizabeth, who was awarded the program’s highest award during her Golden Jubilee year in 2002.