Duchess Kate arrived at the Place2Be Awards at Mansion House in London on November 22. 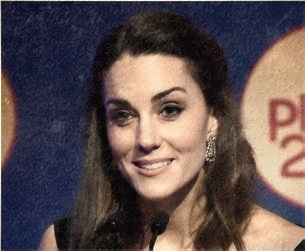 The Duchess of Cambridge was sporting a black cocktail dress by Preen with a glittering belt and black Prada heels. It was obvious that her dress had the exact design that she wore in Canada. She chatted with guests at the Place2Be Wellbeing in Schools Awards at Mansion House. She also revealed in her speech that she was a strong believer in facing problems early to avoid greater issues later in life. Meanwhile, Duchess Kate was sporting a floral dress by L.K.Bennett and gray pumps when she visited the National History Museum this afternoon.