Joe Jonas and Sophie Turner sparked a report, which suggested that they became a couple, after being seen in New York. 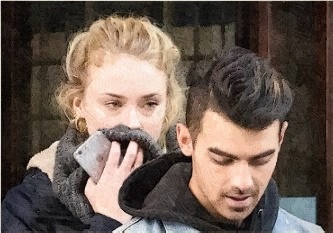 The celebrity pair was seen when they left a hotel together on Wednesday. They were casually dressed in jeans and jackets. The “Game of Thrones actress” covered her lips and the 27-year-old singer looked at his cell phone as they walked out of Manhattan establishment. They first spotted while snuggling up at the MTV European Music Awards in Rotterdam, Netherlands, on November 6. Meanwhile, Joe’s previous romance was with Gigi Hadid when they dated each other for five months.