Justin Bieber surprisingly punched a fan after arriving by chauffeur-driven car for his concert at Palau Sant Jordi stadium on Tuesday night. 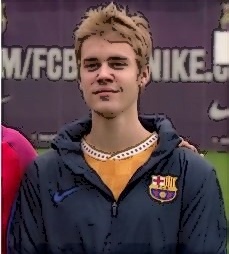 When the “Baby” hitmaker rolled down his window to greet fans, a guy ran up to the car and touched him. The fan continued to follow the star and to touch his upper body. Unfortunately, the singer responded with a punch and the fan ended up having a bloody lip. This incident wasn’t the first because the singer previously had disputes with Orlando Bloom at an Ibiza hotspot and with a fan outside a hotel in Cleveland, Ohio to name a few. Meanwhile, Justin was currently in Spain, as his Purpose tour winds through Europe. He also visited FC Barcelona training session.