Elisha Cuthbert ties a knot with Dion Phaneuf, who is a defenseman and captain of the Toronto Maple Leafs hockey team, on Saturday, July 6. 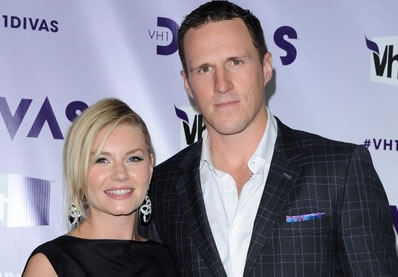 The actress wed the hockey player at St. James Catholic Church in Summerfield, Prince Edward Island, Canada, with a reception at the groom’s giant waterfront estate nearby. They enjoyed the privacy of the stunning wedding location and the actress wanted the wedding to be formal. The Canadian-born star has been dating the 28-year-old hockey player since 2008. They got engaged in September 2012.