Elisha Cuthbert, who was reported to be the female lead in CBS’ one-hour pilot Ny-Lon, is claiming as the Hollywood’s new queen in the new May issue. 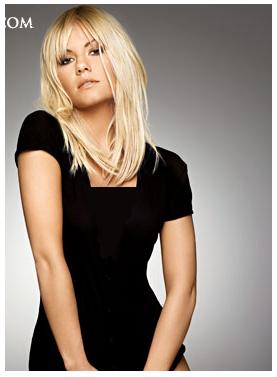 The “24” star, who has sexy snaps from Maxim.com, has revealed in the interview:

Old School should be on our “300 Movies You Must See Before You Die!” list. Did you know all along it would become a classic? She replied, “I had no idea except for the fact that I was working with a phenomenal cast. Comedies are real fun, but I get so nervous that I don’t sleep.”

When asked “Did Will Ferrell act crazy on set?” She continued, “He was really reserved, but as soon as he got in front of a camera, he became a different person. I actually stole a few things from Frank the Tank for my new movie, My Sassy Girl. My character is pretty much drunk the entire time.”