Kim Kardashian, who has posed for a cover shoot in Sydney, cut a refined figured at Australian Fashion Week. 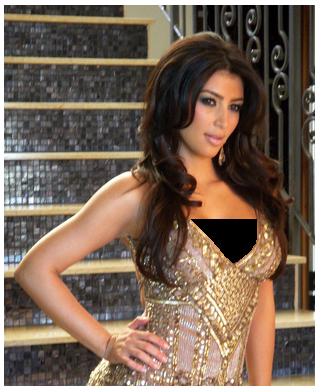 The socialite, which you could see her sizzling snaps here, has posed for a provocative shoot in Ralph lad’s magazines while she was in Sydney.

The “Kardashians” star released some of the behind-the-scenes pictures on her official site.

Her little sister Khloe was seated next to Lara Bingle at designer Ruth Tarvydas’ debut cat walk during the recent A.F.W. celebrations.

Kim Kardashian recently hit the headlines after a spoof tape relating to the unfolding cyclone tragedy in Burma backfired on her site.

She has also been criticized for befriending troubled child star Miley Cyrus at a recent LA rock party.