Elizabeth Hurley, who promoted her new swimwear range, flaunted her stunning figure after her cleavage showing. 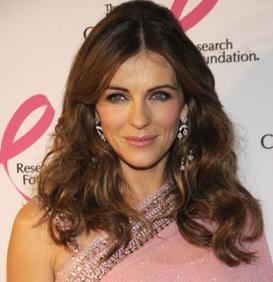 The “Austin Powers” star, which was stepped into her two-piece bikini, launched her own designs for a High Street store.

The 42-year-old actress showed off her ravishing figure after she has confessed in an interview to accompany the shots that she enlisted the expertise of “nice photographers” and a little digital enhancement.

The English actress admitted, “I like a certain amount of retouching like anybody.” Even if the pictures have been retouched slightly they suggest Elizabeth has fulfilled on the promise she made in a 2005 interview to “go to ground and annoy everyone by emerging thinner, sexier and mentally cleansed”.