Ellen DeGeneres, who made it her mission to snare actor George Clooney for her daytime television show, finally has him on board. 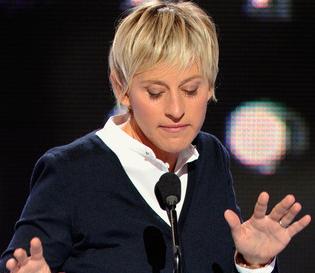 No lure worked until George Clooney jumped at the chance to appear with Cincinnati Reds Hall of Famers Johnny Bench and Joe Morgan.

Ellen DeGeneres had conducted a “George Watch ’08” campaign to get Clooney. Her theme this year was “George Clooney Is Mine In ’09.”

George Clooney’s “ER” co-star Noah Wyle told DeGeneres that some Big Red Machine players from the 1970s might pique Clooney’s interest because he grew up around Cincinnati and is a big Reds fan.

Team executives helped line up the appearance by the baseball players.

The show was taped Thursday in Burbank, Calif., and will be broadcast Monday.