Paris Hilton has reportedly lost a camera filled with hundreds of personal photographs taken during her Australian visit. 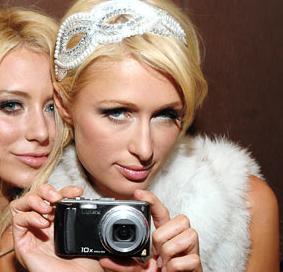 Promoters of the New Year’s Eve party Hilton attended at Sydney nightclub Trademark say she misplaced the camera at the event.

Karen Griffin, publicist for the Bongo Virus party, revealed: “She lost it in the chaos. It must have fallen out of her bag. She is disappointed as it has her personal photos of her visit on it. They are happy snaps and there are also some pictures from her trip to the snow before she came to Australia. It is the camera she had with her when she was on Bondi Beach.”

Griffin said Hilton reported the loss before she returned to the US and was eager to have the camera returned.

It was not the only item Hilton allegedly lost as Griffin added: “She also lost her mobile phone. That was left behind at the hotel in Sydney, but it was found and sent up to her on the Gold Coast.”

Paris Hilton’s private holiday snaps are said to have already sparked the interest of at least one photo agency.