It wasn’t just the heart of every Robert Pattinson fan that sunk when they saw photos last week of him smooching co-star Emilie de Ravin while shooting scenes for their upcoming film, “Remember Me.” His on and offscreen love interest Kristen Stewart was none-too-pleased with what she saw. 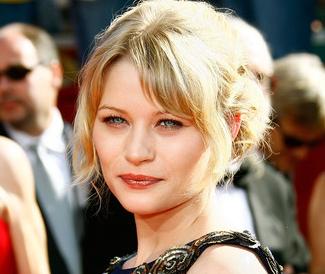 A source close to the couple says, “She knows screen kisses are part of Rob’s job, but it doesn’t make things easier, seeing sexy photos of him and Emilie in full lip-lock.” A friend of Rob’s puts it more explicitly: “Kristen saw a photo of them kissing and flipped out.”

And according to some who were on the beach for the scene that day tell OK! that both R-Pattz and Emilie seemed to be enjoying the scene. “Everyone else was setting up for the next shot, but Rob and Emilie stayed where they were,” says the eyewitness. “Emilie snuggled with him for at least 10 minutes. She was sitting with part of her body pressed up under his arm and they were making each other laugh. They’re definitely getting close — you can tell it’s more than a work relationship.”