Emma Watson dazzled the fans with her flowing white dress at the second National Movie Awards last night as she stopped to chat and sign autographs. 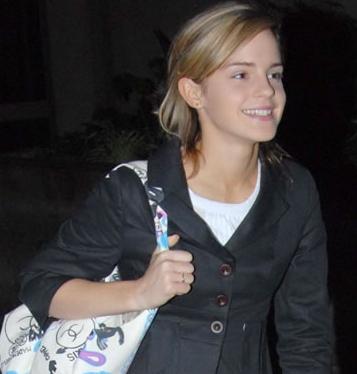 The “Harry Potter” actress appeared to grace the event with her angelic appearance as she thrilled the crowd in a stunning white, Victorian-style, Alexander McQueen gown with a jewel encrusted bust.

The 18-year-old rising star won an award for Best Female Performance at last year’s awards. She also appeared glad to chat with her fans and she was delighted to give them a chance to have her photograph taken before heading inside at the Royal Festival Hall in London.

Emma Watson revealed that she was looking forward to presenting an award, saying: “It was such fun to be here last year. And I won an award which made it extra special.”