Emma Watson, a star of the film “Harry Potter”, is on the lookout for a bilingual boyfriend. 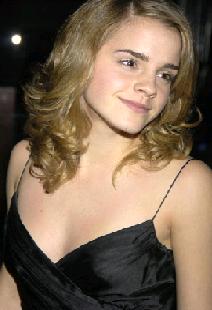 The young actress is bombarded with letters from male fans of the wizard movies, but she admits she is looking for a boy who can speak many languages.

She revealed, “I am not really into any particular type, but I do like guys who are into sport and love it when they speak two or three different languages. Yeah, that really does it for me.”